🌰 your public memory begins to fade 80 years after your death

Assumed Audience: The audience for this piece is one that enjoys reading exploratory thinking-out-loud. They have an interest in history and what, if anything, can be learned from specific moments in history.

In this article on the first-ever pop star Charles Dibdin, it’s noted that despite his overwhelming popularity, he began to fade from public memory around 80 years after his death.

“For a whole generation after his death, Dibdin was really current, a lot of his songs were known,” points out Chandler – as we now see with the most popular music of the 20th Century. “There was about 60 years where a lot of English people would have known a number of Dibdin songs. But by the time you get to 80 years after his death, he’s fading. So much new stuff comes along, some of the old just has to get displaced.”

Whether such a fate awaits pop stars in an era of Spotify remains to be seen. But as Dibdin proves, fame can be a fickle mistress – and there’s no guarantee that being the most popular figure in one era means you’ll be remembered in another.

It’s an interesting idea: that an person’s public memory is maintained only so long as people alive remember them. At 80 years after death most people who ever intersected with Dibdin’s living years would have passed. And it raises a question of:

The question of Does this hold true over time? comes down to the advent of recorded music and even beyond that: streaming, torrents, CDs, and mp3 files. Dibdin rose to fame in part by selling his sheet music: a way to get his work into as many households, taverns, libraries, etc that he could. While we no longer have his full works (which is concerning given the proliferation of it), we do still have some of his sheet music. By comparison, today your media is shareable by default. And the Library of Congress preserves as much as they can. Will people still listen to the Beatles in 50 years? At least if they want to, they’re likely to have recordings of it. Will that elongate the life of these artists, or does taste change so significantly over time that it doesn’t matter? No song in the 1900s top charts will feel like a bop today.

The second question is: are ideas also most strongly held in the 80 years after a collective experience? Take the reconsideration of communism among the American public. When did the American public last have a collective conversation about communism? 60-70 years ago? We often say history rhymes, is it because we must reassess the previous generation’s conclusions for ourselves?

It’s a nebulous idea because it’s hard to prove: there are many different pieces here. Holocaust denial having a resurgence almost 80 years after the Holocaust could be related to this idea. Or we could be more susceptible to conspiracy theories due to the way we use social media to mirror our ideas back to us. There’s no end to denial-based conspiracy theories from all eras (moon landing, Sandy Hook, etc).

The 80 year boundary could also only really apply to people. Ideas are completely different from people and there are ideas that have thrived in support well past the 80 year boundary (e.g. Democracy). Every generation can have an equally real interaction with an idea. I can have a relationship with Democracy that is just as deep as my great great grandparents. People, however, die and your tie to them will rarely be as strong as those who loved them in person. I cannot have the same relationship with Dr. Martin Luther King Jr, for example, as people who walked with him in Selma. I instead have a relationship with his memory, ideas and narratives. 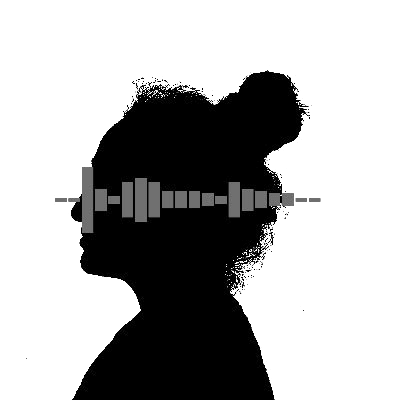